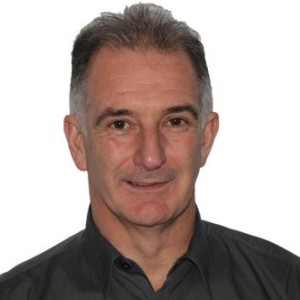 The direct piezoelectric effect, the production of electricity by the application of pressure, was discovered by brothers J. and P. Curie in 1880. The converse effect was predicted by Lippmann in 1881 and confirmed by the Curies in the same year. The major application of piezoelectricity was in Langevin’s work on submarine detection using quartz transducers to generate and detect underwater acoustic waves, started in 1917. Nicolson in 1919 described several devices, such as loudspeakers, microphones, and sound pick-ups based on the piezoelectric properties of Rochelle salt, and this was followed by Cady’s publication in 1921 of papers describing the first quartz crystal controlled oscillator. From this time considerable time was devoted to quartz crystals.

In 1926, WEAF in New York was the first broadcast transmitter to use a quartz crystal control

Piezoelectricity is literally ‘pressure electricity’, the prefix piezo being derived for the Greek ‘to press’. The direct piezoelectric effect discovered by brothers curie refers to the electric polarization of certain materials brought about by the application of a mechanical stress. The converse effect refers to the deformation produced in the same materials by the application of an electric field.

The Quartz crystal unit as an electronic element

A piezoelectric resonator consists of a piece of piezoelectric material precisely dimensioned and oriented wit respect to the crystallographic axes of the material and equipped with one or more pairs of conducting electrodes.

The intrinsic properties of quartz make it a unique simple device for highly accurate and stable frequency control with stability’s far in excess of most requirements in the electronic industry.

By means of the piezoelectric effect an electric field applied between the electrodes ‘excites’ the resonator into mechanical vibration. The amplitude of vibrations is small except when the frequency of the driving field is in the vicinity of one of the resonator’s normal modes of vibration and resonance occurs. Near resonance, the amplitude of vibration increases and, again by virtue of the piezoelectric effect, the electrical impedance of the device changes rapidly.

Many different substances have been investigated as possible resonator materials, but for many years quartz resonators have been preferred in satisfying needs for precise frequency control and selection. The material properties of a single crystal quartz are both extremely stable and highly repeatable from one specimen to another. The acoustic loss or internal friction of quartz is particularly low, leading directly to one of the key properties of a quartz resonator, its extremely high Q factor. The intrinsic Q of quartz is 107 at 1 MHz.  Mounted resonators typically have Q factors ranging form tens of thousands to several hundred thousand, orders of magnitude better that the best LC circuit.

The second key property of the quartz resonator is its stability with respect to temperature variation. The most commonly used type of resonator is the AT-cut where the quartz blank is I the shape of a thin plate cut at an angle of 35° 15’ to the optic axis of the crystal. The AT-cut has a frequency-temperature coefficient described by a cubic function of the angle of cut. This makes the AT-cut well suited to the applications requiring a high degree of frequency stability over  wide temperature ranges.

The third essential characteristic of the quartz resonator is related to the stability of its mechanical properties. Short and long term stabilities exhibit frequency drifts of only a few parts per million per year and are readily available even from commercial units.

The AT-cut resonator uses the thickness shear mode of vibration. A standing wave is set up in the crystal blank by the reflection at both major surfaces of transverse waves travelling in the thickness direction. The major mechanical displacement is in the plane of the crystal, at right angles to the direction of propagation. At resonance, an odd number of half wavelengths is contained in the thickness of the plate, the thickness is therefore the primary frequency determining dimension. The AT-cut is thus an example of a thickness mode resonator. At-cuts are commonly manufactured in the frequency range of 1 MHz to 200MHz. The AT-cut is, however, sensitive to stress in the body of the resonator, whether caused by temperature gradients due to rapid external temperature changes, or by external forces. For applications where extreme stability is required, or where severe environmental conditions are likely, alternate cuts such as the SC have been developed that minimize these effects. The SC-cut is also a thickness mode resonator, and as such is basically available in much the same frequency range at the AT, although its commercial availability is very limited.

Founded in 1969, Hy-Q International has always manufactured and supplied the highest quality quartz crystals, crystal filters and crystal oscillators, backed by the most knowledgeable customer sales and support.

for getting in touch with us.
We’ll be contacting you soon.

for submitting your request for quotation.
We’ll be in contact soon.